Billboard 1
A building board as art, it is a reference to the past of the location ‘Samsomveld Leiderdorp’. The municipality intends to build new houses here. Through test excavations showed that there was an early medieval harbour, which has originated Leithon, the forerunner of Leiderdorp.

Billboard 2
A construction sign which indicated that they’re working on the road. Here, at the banks of the Rhine, was the frontier of the Roman Empire, called the Limes. 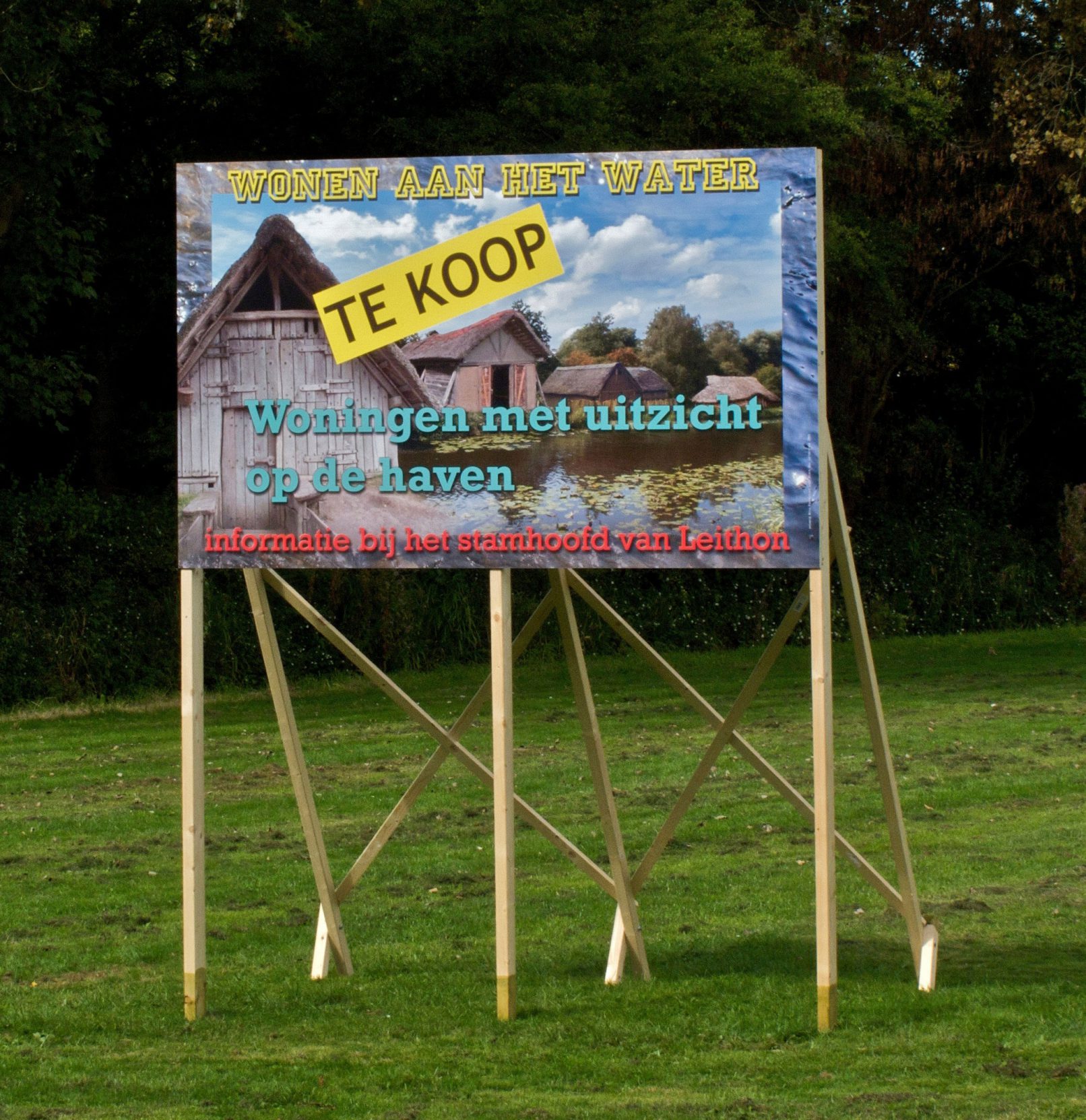 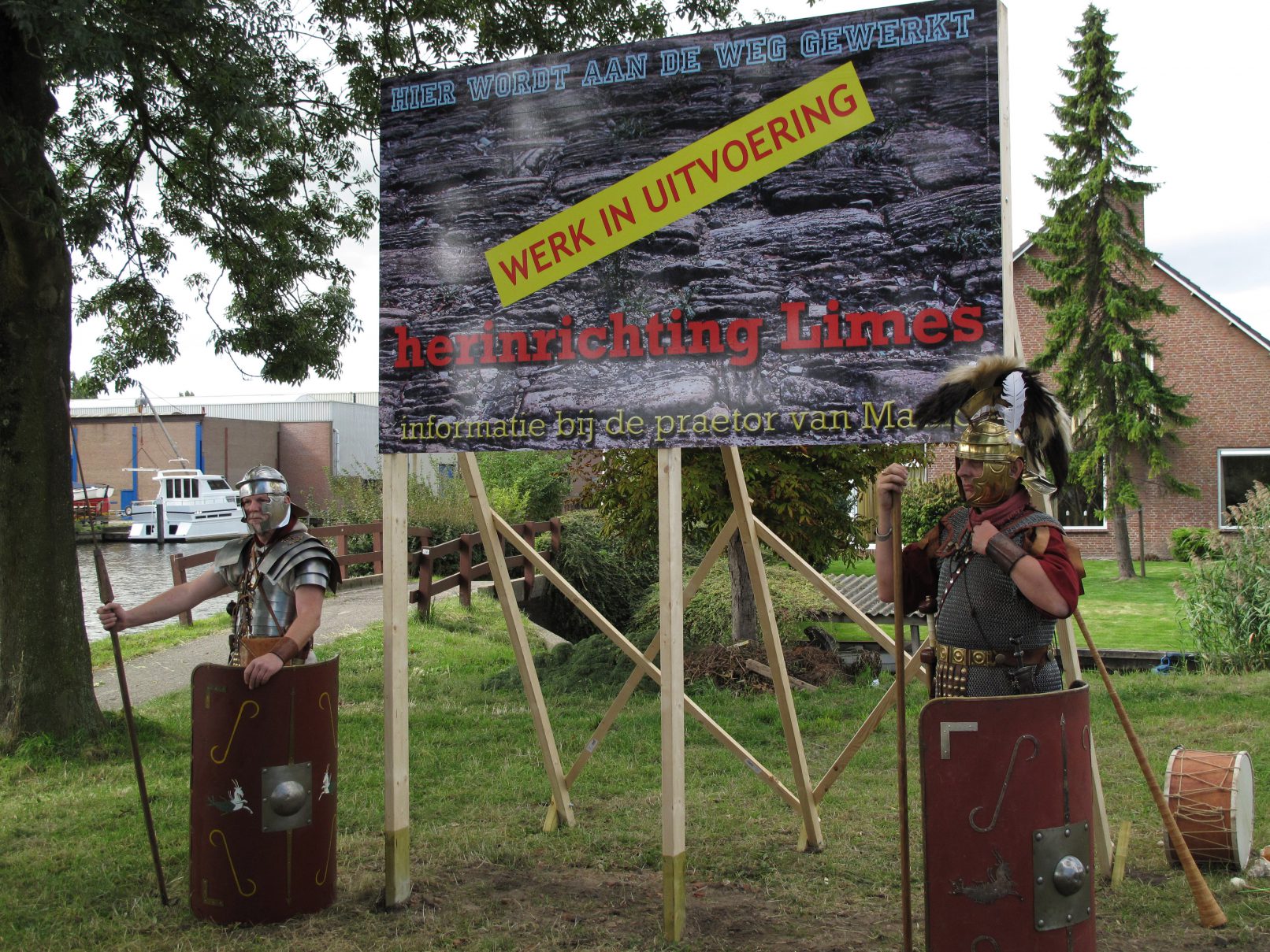