2017 – ColorsSoundSignalMachine at Rotterdam Contemporary Art Fair 2017. More spatial work by Parlevliet was on display at the Pictura stand. The video shows the Color Sound Machine in a previous setup in Pictura (during the solo exhibition in 2015).
The Color sound signal machine is inspired by a little print by H. N. Werkman. Unfortunately he is shot near Groningen by the German occupiers on one of the last days of the Second World War. He was a graphic artist, originally a printer. This is probably the reason for using cylinders in the sculpture. The inertia of the machine is an essential part. In a certain vision and with a certain ear, it gives an atmosphere of meditation. At the same time, the machine is a kind of time machine. There are four production lines [like assembly lines] with four different speeds, the higher the slower. Essentially they are made to give the days, hours, minutes and seconds each a color, sound, signal. 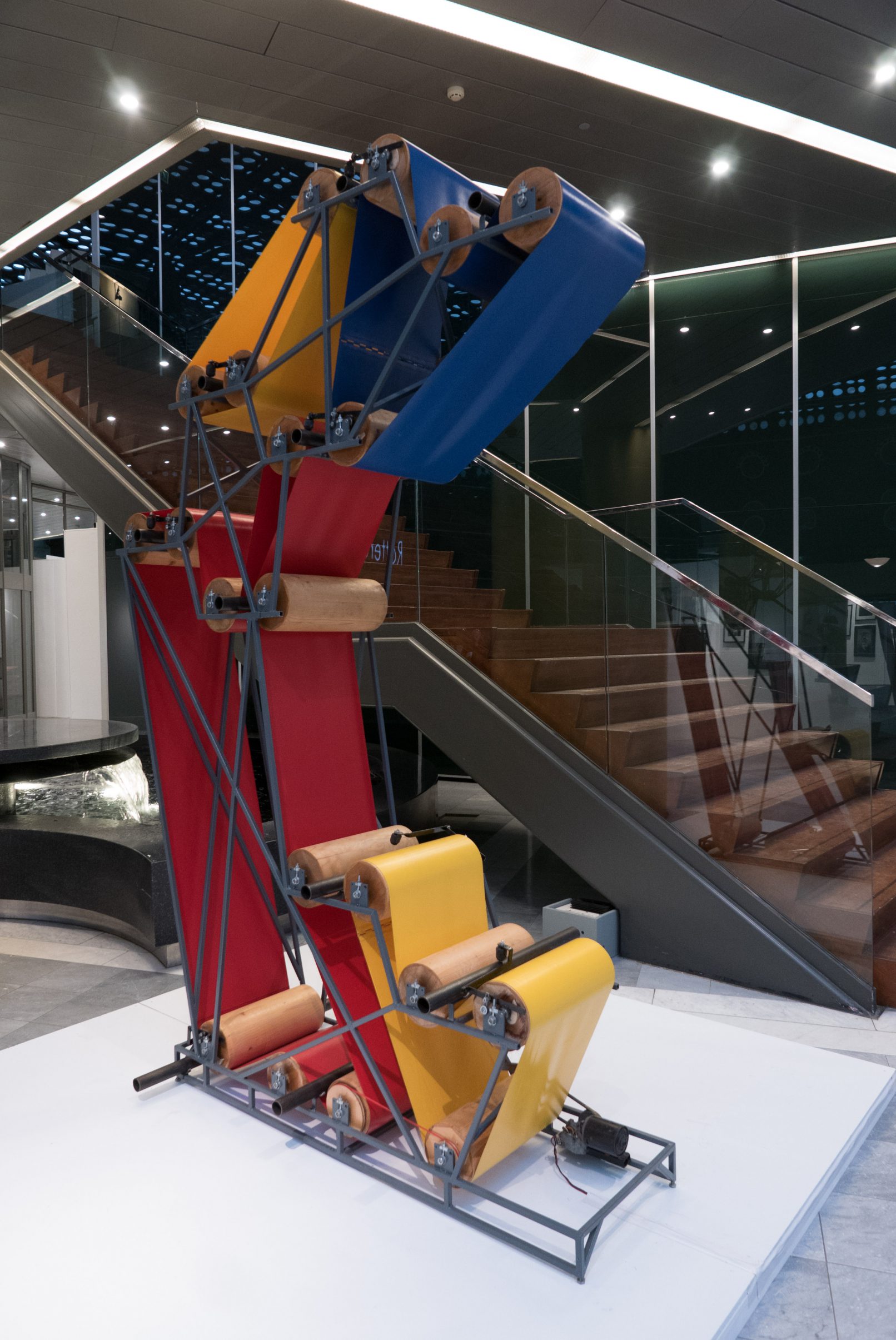