2012 – The work shown in the Kalkense Meersen, near Wetteren, is called SatzMachine, because the starting point is a painting by Ernst Wilhelm Nay from 1955, entitled Satztechnik II, on which forms can be seen that Parlevliet associates with rhythm. Due to the desolate character of the location, the idea arose to obtain the energy required for a sound sculpture directly from nature, so that solar cells form an essential part of the image and also supply the energy directly to the motors. When the sun is shining, the image works optimally with fast rhythms, when it is cloudy the rhythms will be slower and when it is dark the sculpture will be still. This creates a visible and audible relationship between art and nature.
In 2013 the work was installed in Ravesteyn, Heenvliet en in 2017 in Landgoed Anningahof in Zwolle were it was part of the collection for 2 years.

The Satzmachine was made possible in part by the Verbeke Foundation, Mondriaan Fund and the municipality of Dordrecht. 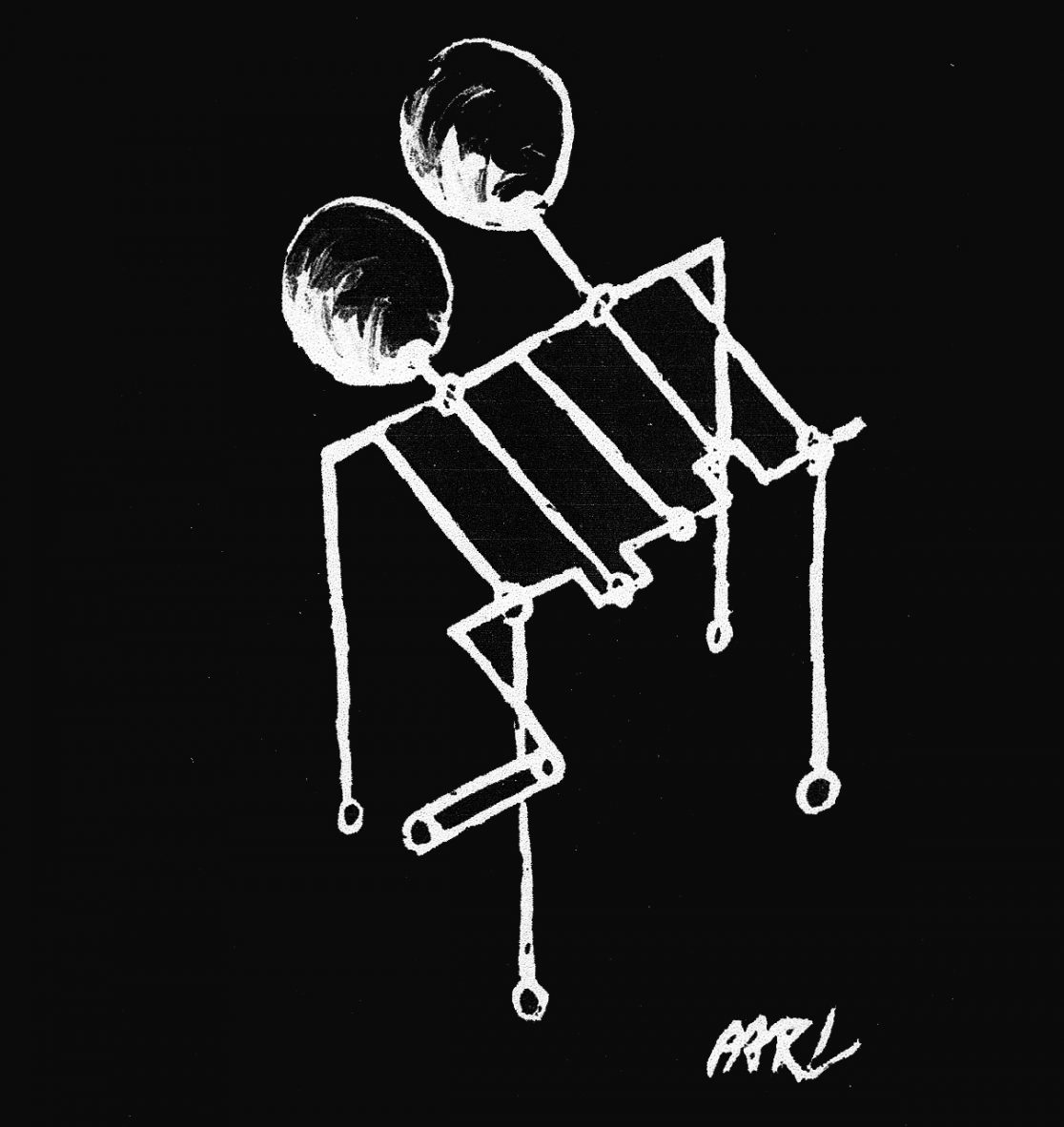 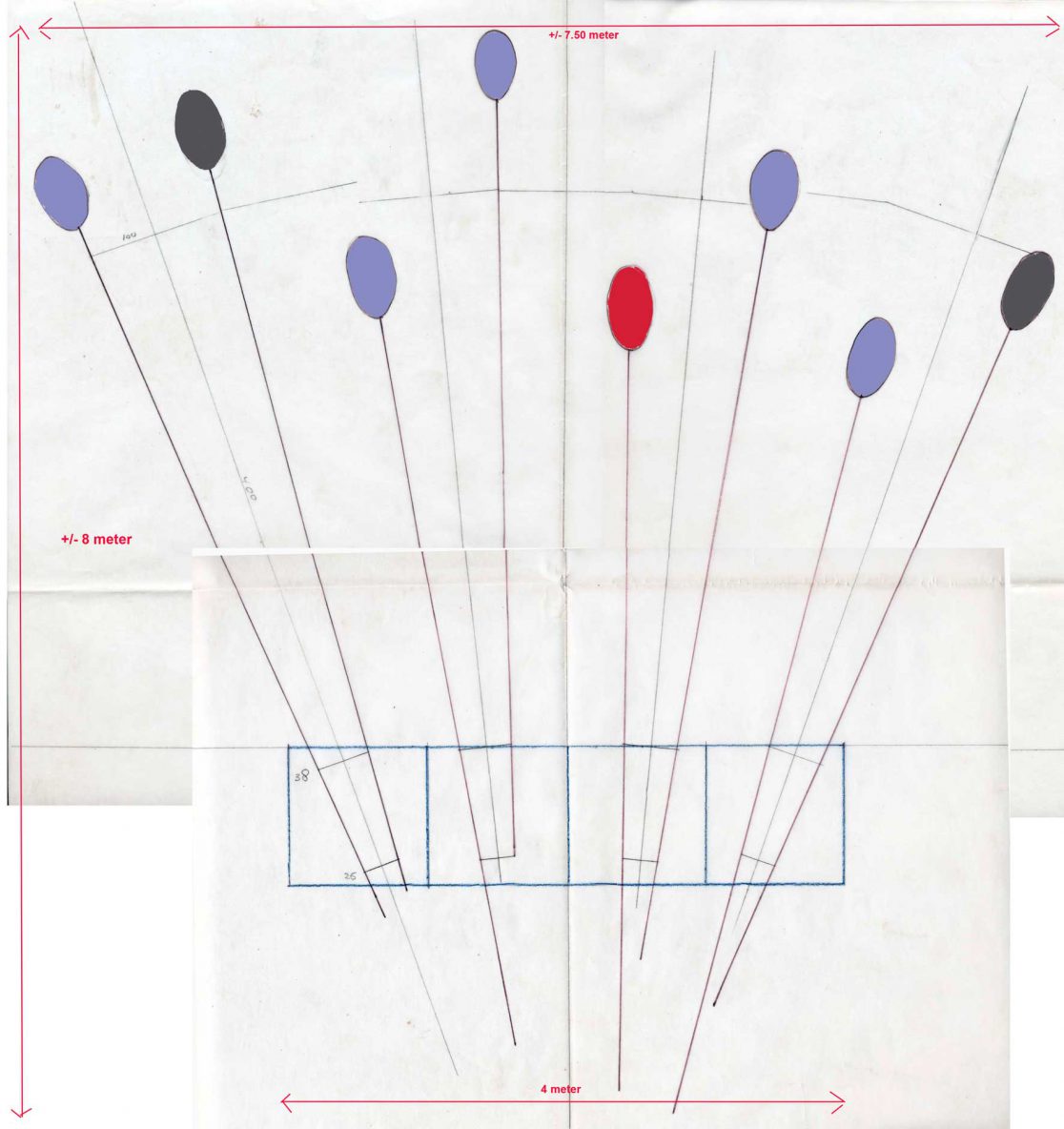 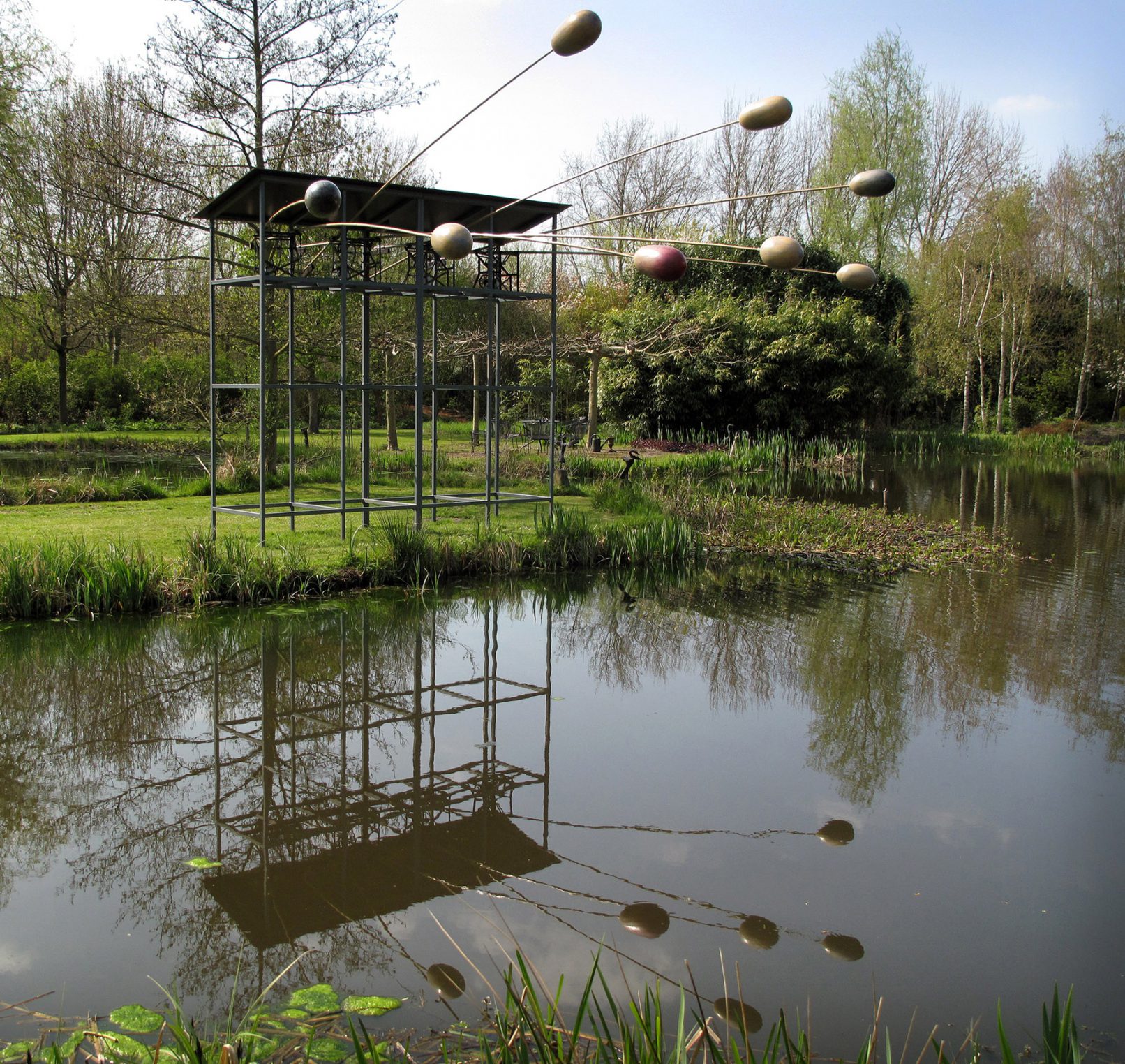