2000 – The ensemble Wendingen commissions the componiste Calliope Tsoupaki and the artist Nico Parlevliet to combine their strengths to compose a music piece. She as componiste has the same background as Parlevliet as visual artist; they both grew up near the sea, the componiste to the Greek coast, Parlevliet in Katwijk aan Zee. A Japanese novelle, called ‘The Hunting Gun’ written by Yasushi Inoue, in which a relation is described from one man to three women, is the source of inspiration. For this reason the installation consists of 3 parts, in which each object a woman represent in the tale. Part 1: The Sea (towards the maîtresse and her surroundings), part 2: Bed of the deceived husband (towards the man’s wife) and part 3: Table without title (towards the daughter). Tsoupaki’s composition tends to be a small opera consisting of the same three movements.

On 17 March 2000 the VPRO-radio broadcasted the première of ‘ The Hunting Gun’, live played by Wendingen in the Amstelkerk in Amsterdam. The concert in the Dordrechts Museum was on 9 April 2000. A third performance was in the Oosterpoort in Groningen.

Own recording of the performance in the Dordrechts Museum: 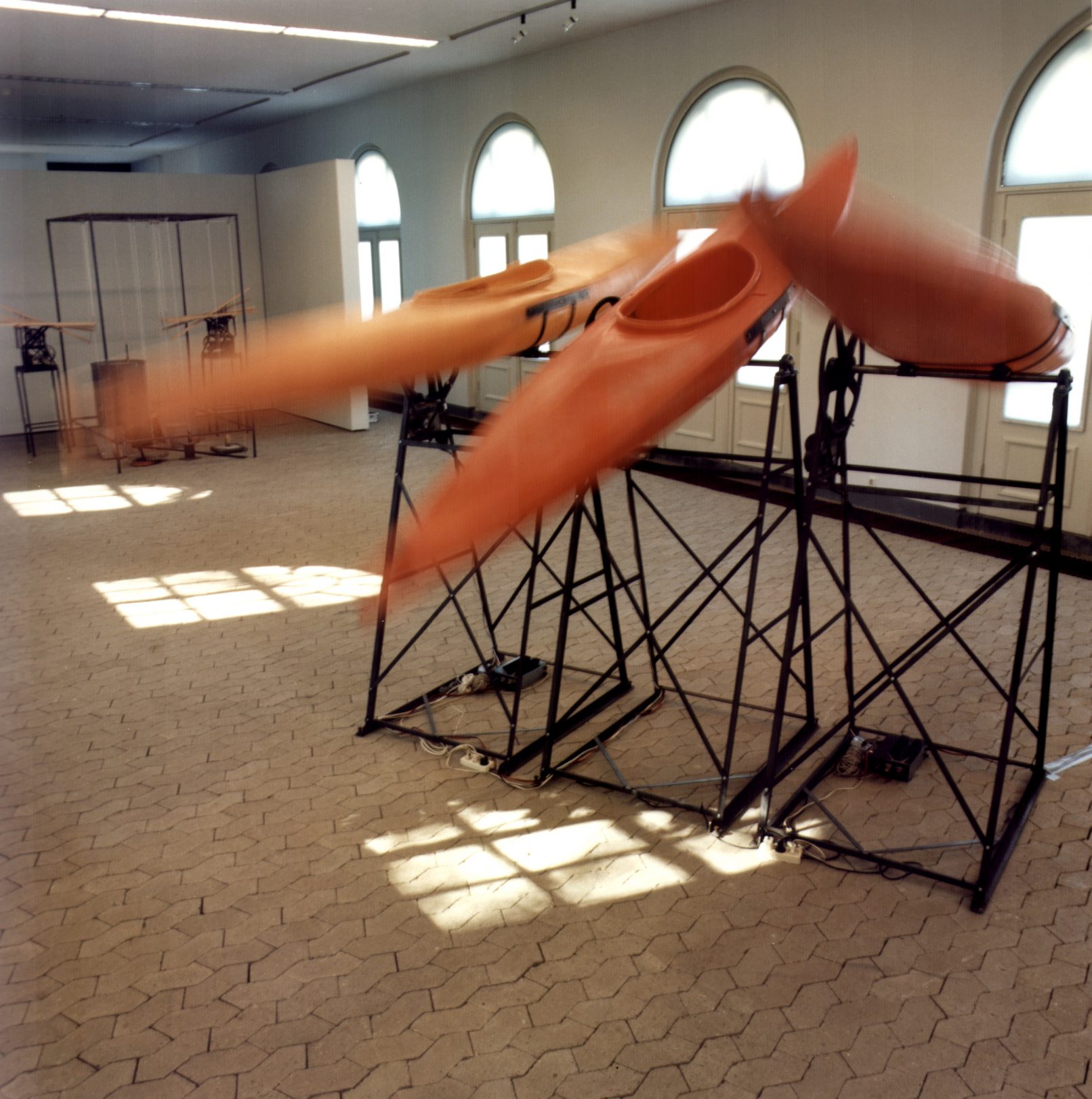 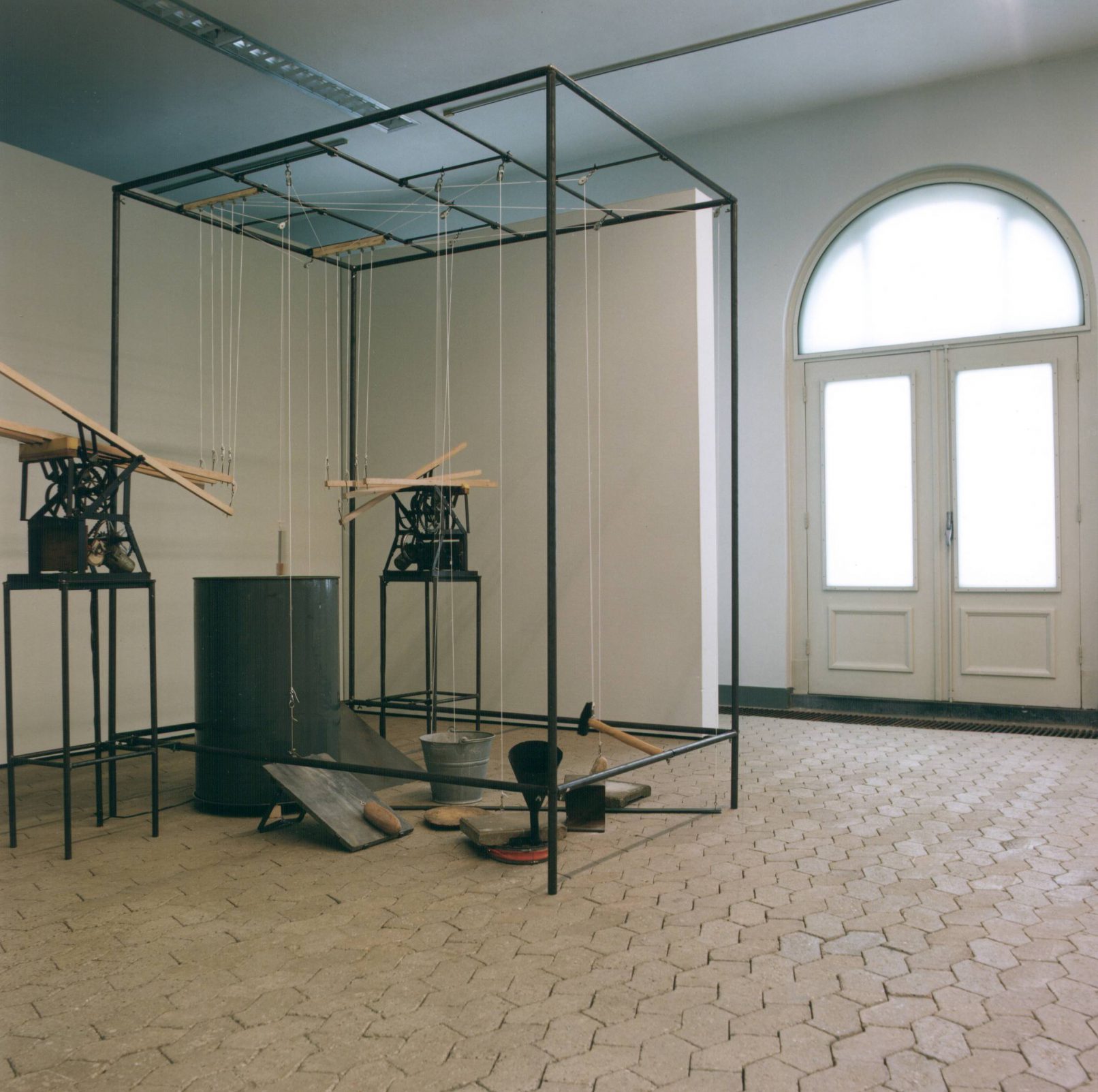