2014 – 222lodge organised a festival for Unnoticed Art in at first an undisclosed Dutch city, at last we know: Haarlem. The Unnoticed Art Festival balances on the line between public and private. It shows artworks hiding in normality. The language, used to express the works, fits in the average social behaviour in public space and, because of that, will probably remain unnoticed to bystanders.  Creating the concepts and executing the works are split. The artists sent their concepts more or less as manuals. In the festival the chosen works will be carried out by a group of volunteers.  These volunteers have a double roll. They are participants as well as audience. They are responsible for realising the performances in the best possible way and, doing that, they can fully experience the works. In fact they become part of it. The public is not excluded in this way but it is actually embedded. The location of the festival was secret. That way the passers-by will be accidental and without knowledge of the occasion. They have their own aims, their own occupations, their own thoughts.

About my contribution : On a large location two people are making, by giving each other instructions by phone, the word ‘THOUGHT’ according the plan I made.The word is formed in thought as the performers stand on the ends of one part of the letter, look at each other, and then walk to the next part of the letter. Performers: Heekyung Ryu and Ton Kraayeveld, date: May 18, 2014, location: Stationsplein, Haarlem. 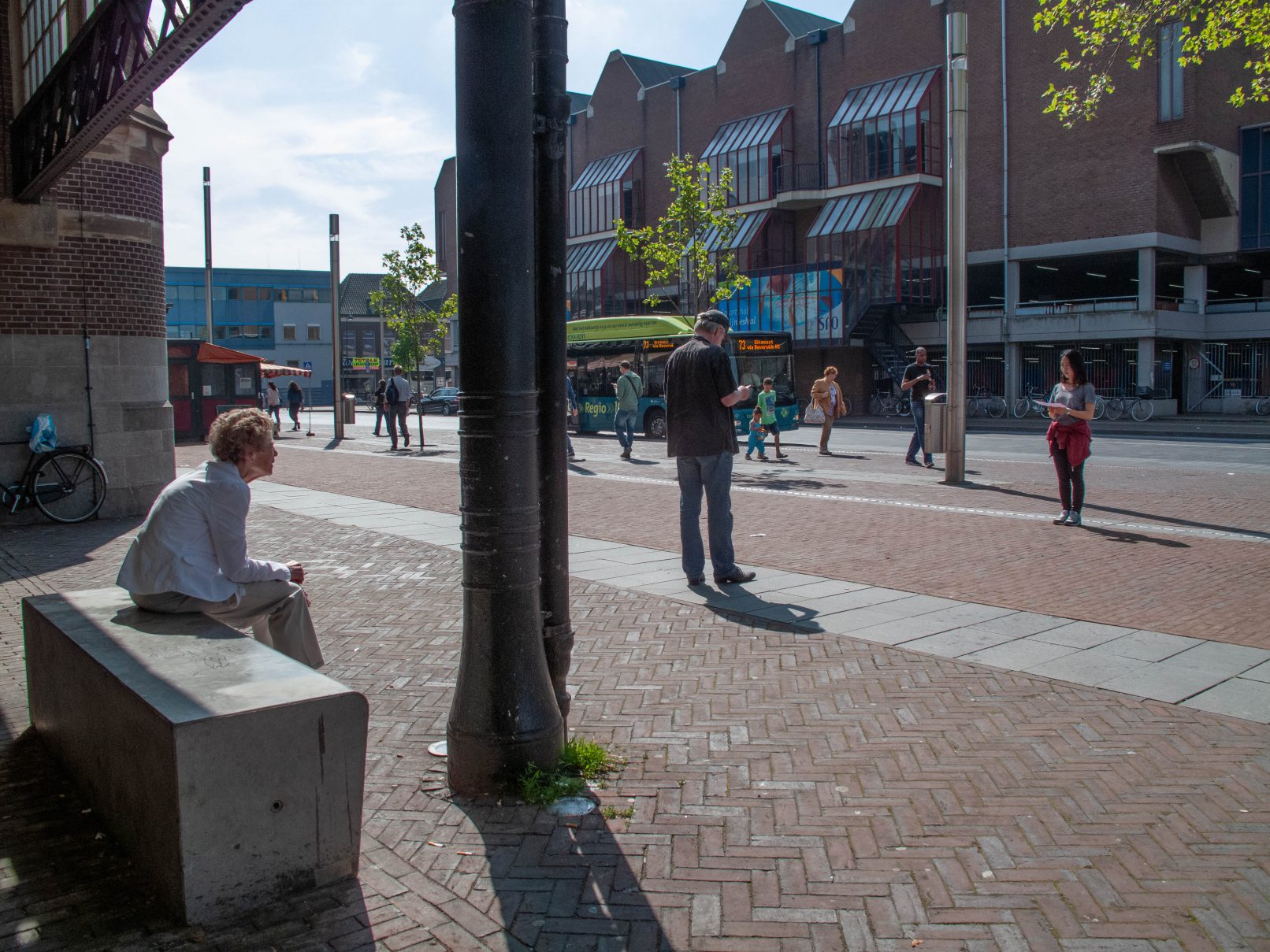 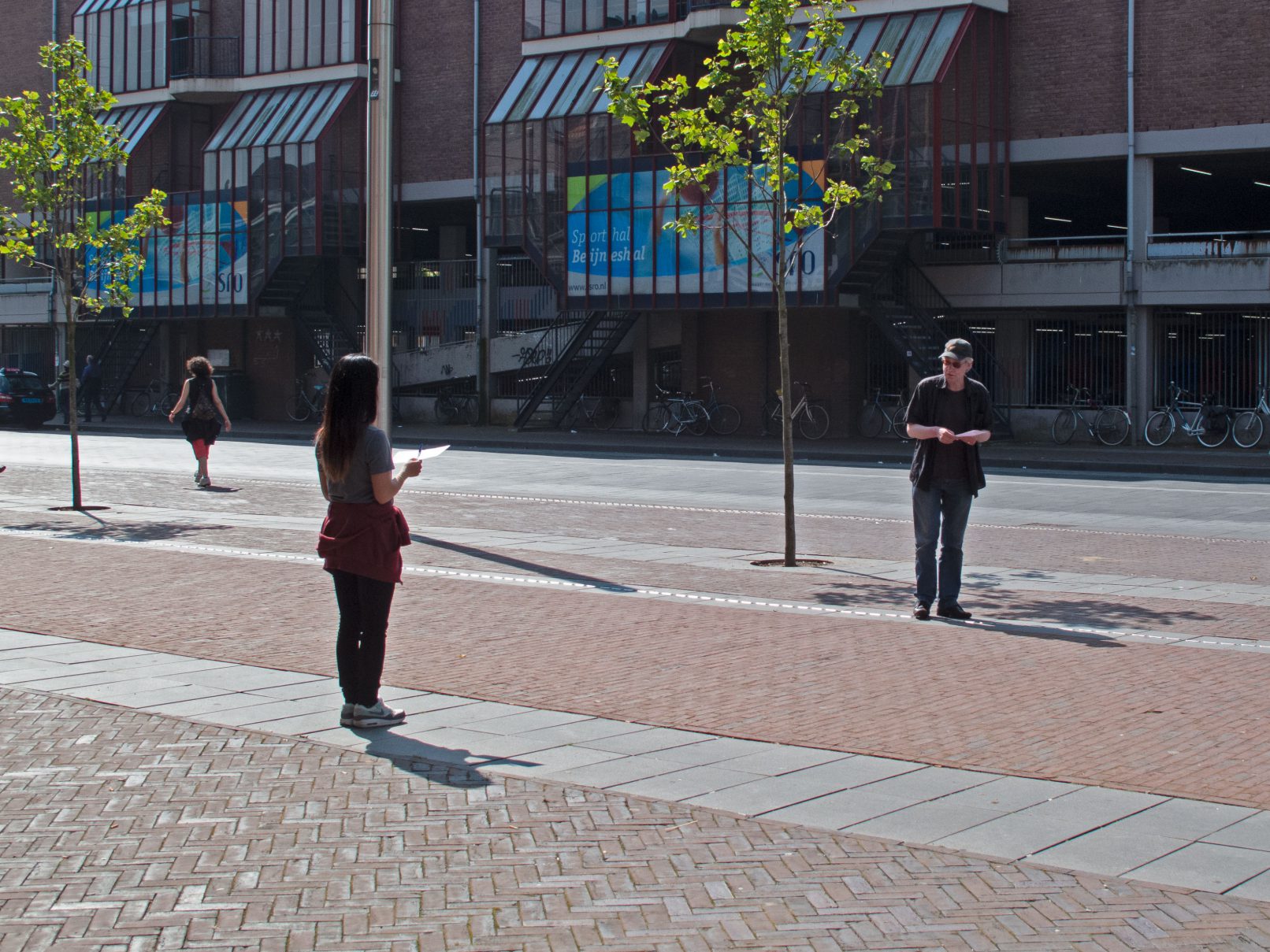 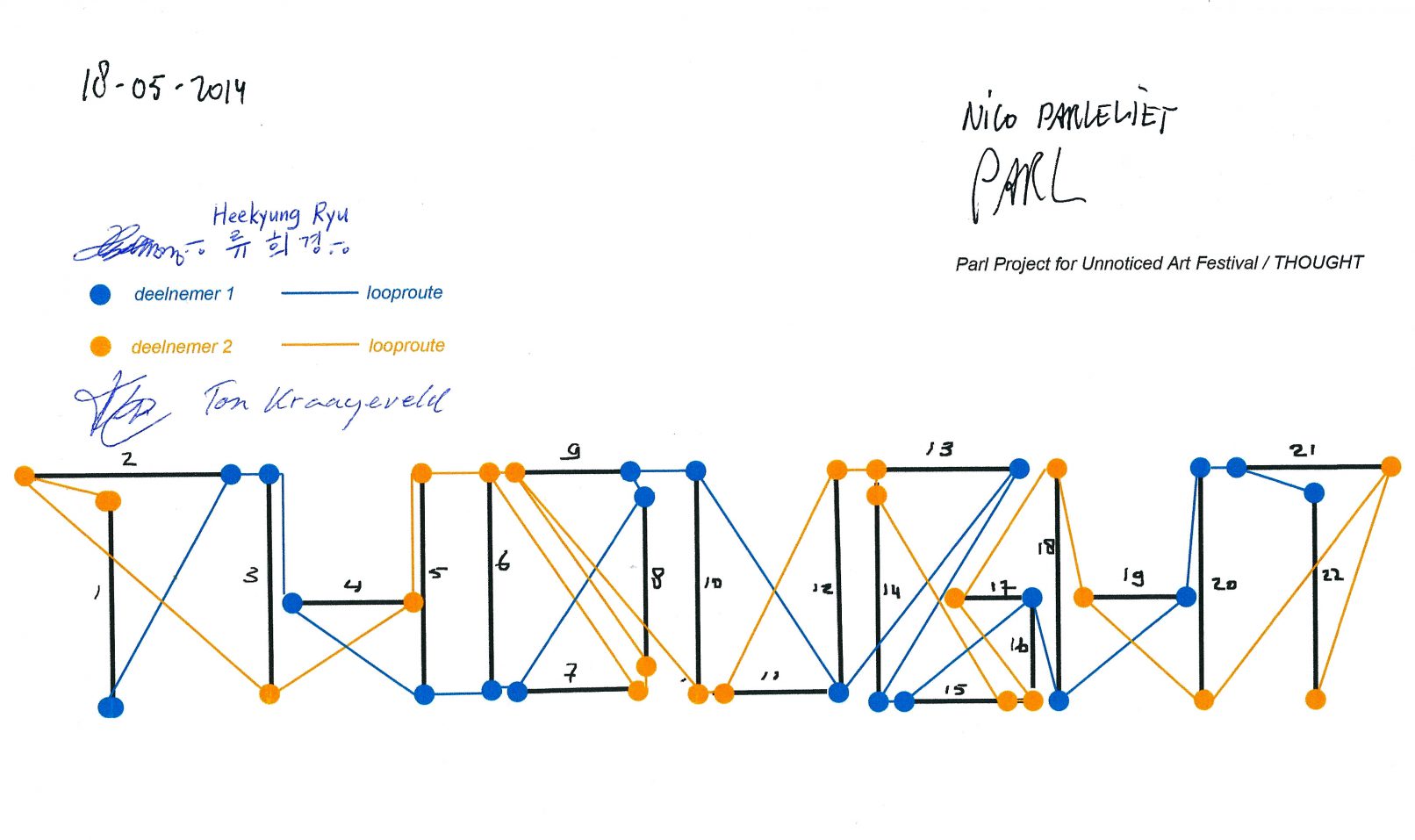